Last year, we received the exciting news that we were nominated for the Castaway Awards!
These are the first ever Australian podcast awards and are a celebration of Australian podcasts. They are giving  everyone who cares about podcasting, the chance to meet and share laughs and a drink or two while honouring those who have contributed to the industry. 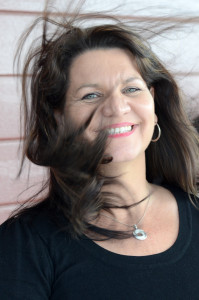 This is a once-in-a-lifetime event where the winners of the first ever Australian podcasting awards are honoured and announced and we’d love your support.

We are in with a chance at winning the FIRST Australian podcast awards. To show your support, all you need too do is create an account, sign in and cast your vote for Aussie Bloggers Podcast by clicking on the ‘Voting Still Open’ section or by logging in by clicking here…

We are a family from a small country town in East Gippsland Victoria, Australia. Mark got the travel bug way back in 1999 and passed it onto me in 2003. Since then we have infected our two daughters Willow and Marley with discovering all the different wonders of the world. With our travels, we are hoping to inspire as many people as we can to get out there and travel!

So many people think it is too hard, too expensive and too restricting to travel with small children, but we are here to show everyone that it can be done and most of all that a wonderful experience can be had by the whole family!  We juggle full time jobs, school, a mortgage and a life, while fitting as much travel and day trips in as possible. In a world with increasingly less family time available, we believe traveling with our kids can only make us a closer knit family and make our kids more balanced and accepting of other children by exposing them to different cultures and nationalities along the way.

Where Did Smaggle Come From? You Need to Know This! 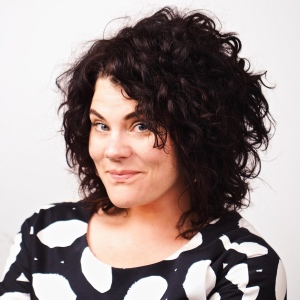 Carly is the founding editor of Smaggle which launched in 2007 back when blogging was weird.

She has appeared in The Sydney Morning Herald, The Age, Cosmopolitan and Cleo magazines. She’s the co-founder of of blog school Little Blog Big and co-host of podcasts Straight & Curly (for life improvement junkies) and Sweet Teen Club (for those of us who can’t leave the 90s behind).

Hoop earrings are totally her thing, Benedict Cumberbatch is her Beyonce and she almost got run over by Myf Warhurst while out jogging one day.

So if you’re wanting to be a blogging sensation like Carly, head over to the Aussie Bloggers Podcast show and listen to our interview with her and find out all her saucy secrets on how to make it as a blogger today!

Keith Keller is a “Twitter Marketing Specialist” and now has clients around the globe. 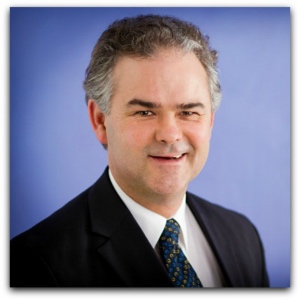 A program focusing specifically on harnessing the global possibilities of Twitter.

(Just like having your own Personal Trainer in the Twitterverse)

He also has a number of  Twitter training videos available with more titles being all the time.

Our Favourite Quote from the Episode:

“You are already awesome. My job is to make you world famous”

Listen to the ebook on soundcloud: Crack the twitter CODE

Lauren June McFarlane is on a Mission to Give Business Women Power. And Bloggers Can Be Too! 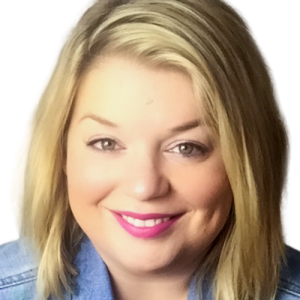 Lauren June McFarlane ardently believes that women have all the resources and abilities to have control of their business and, as an outcome, of their lives.

Her purpose is to empower business women by showing them how to best build a business beginning with rock solid foundations.

Running her own prosperous company from the age of 24, she has experienced the feeling of ‘having it all’, making the magical six figure income and managing a team of employees.

Learning about her own business desires meant that Lauren decided on a different course – one of financial fulfilment alongside helping other women to build their idea of a dream lifestyle at the same time.

With a background and qualifications in Accounting, Marketing, Management, IT, Coaching and Neuro Linguistic Programing, Lauren truly is the ‘triple threat’ of business management.

In this episode, she has great advice for women to create strong systems and foundations for their blogging success.

Subscribe and listen to this episode for free in iTunes today

Amanda Smyth – How She Became a Cooker and a Looker!

Amanda is the founder of Blog, Cooker and a Looker. This is blog dedicated to home cooking and the joy that sharing good food brings.  This blog doesn’t take the cake, it drops the cake!  Each post is a little sandwich of family life, food and humour.  Amanda writes fresh, easy recipe ideas that fast become family favourites.

Among the recipes you’ll find plenty of tales about raising two daughters on the farm with her husband.

Queensland, Australia.  My husband and I bought a turf farm in 2005.

I named my blog Cooker and a Looker because … at our wedding, my husband joked that as a young boy his footy coach had told him “You can either get a cooker or a looker, you can’t have both”. Five years and two daughters later, I started this blog in May 2012 to prove that I can both cook and look….. after the girls.

I blog because I want an outlet that is solely Amanda.  Just me.  Years ago, I had some “just Amanda” space by merit of my career.  Now I use this tiny spot on the interweb, and I love it.

Head over to the Aussie Bloggers Podcast show and listen to our interview with the lovely Amanda Smyth – who really is a ‘Cooker and a Looker”!

In this episode, you find out:

The 3 Top Takeaways from Amanda’s Episode

From Tree Changer to the Dadinator: Daddy Blogger Extraordinaire – And How You Can Do it Too!

Seamus works as a relief teacher in rural Victoria, Australia. He was born and bred in Melbourne Australia and last year a job came up for him to go teaching in a town called Maryborough. He and his wife and family moved to a nearby town called Castlemaine, where they now live.

This is how Seamus describes himself:

“I don’t know how to parent or be a father. So far I have made it up as I bumbled along and I seem to have 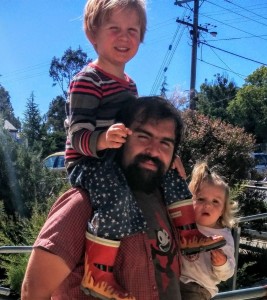 survived. So has The Lad (my son) and The Lass (my daughter), so I’ve got some fundamentals right it would seem. I do know that I love them both and that I love being their dad. Hopefully that’s a couple of steps in the right direction.

We also have 2 cats, four chickens a peach tree and an olive tree. We hope to get more of all these things one day with dreams of a fruit orchard, veggie patches and a degree of self-sufficiency you don’t get in the city.

We also try to treat the earth right. We are into solar power, composting, recycling, cloth nappies and energy saving everything.

I am a geek of many varieties. I’m an ancient history geek, with a background in Latin and Ancient Greek. Those subjects got me far in the world, let me tell you… I am also a Star Trek tragic, what can I say?”

Want to hear more from Seamus and his world of Dadinating? Head over to the Aussie Bloggers Podcast show and listen to our interview with Seamus, the famous Daddy Blogger determined to Dadinate the world!

In this episode, you find out:

FINAL WORDS FROM SEAMUS and his 3 Key Takeaways From This Episode:

Where You Can Read More From Seamus and His Dadinator Blog:  http://www.dadinating.com

Seamus has a weekly vlog-cast on blab with fellow Aussie Daddy Bloggers. This weeks is going up at: https://blab.im/the-dadinator-aussie-daddy-vloggers-episode-2. 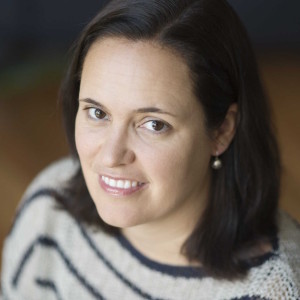 travel articles for some online magazines. It wasn’t long before an editor told her about a regular job going on a travel blog. And even though she didn’t really know what a blog was, she jumped at the chance of getting a monthly cheque for her writing.

From there, the online world really opened up to her. Her travel blog, Not A Ballerina was born to bring together her writing and travel thoughts in one place, and she also had several regular blogging jobs. Some of the websites she worked for provided training in using social media to promote her work – introducing her to Facebook and Twitter, among others.

Her consulting work has enabled Amanda to join forces with some fascinating clients, from personal bloggers through to government departments, small business to creative professionals. She describes herself as, “being one of those lucky people who truly loves their job”.

QUOTE:  “Master one thing and then do SOMEthing” 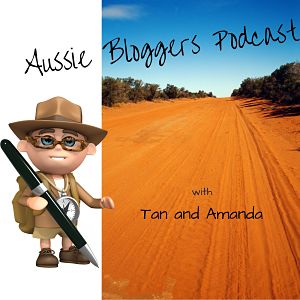 Welcome to the Aussie Bloggers Podcast Show! (Listen to the podcast today in iTunes)

Your co-hosts, Tan and Amanda explore the world of Aussie (Australian) bloggers and what makes them so successful. They share their dreams, ideas, successes and challenges with Tan, Amanda and the rest of the world through the Aussie Bloggers Podcast. If you want to know how to become a successful Aussie Blogger, this is the podcast for you!

Sit back, relax and enjoy the show!